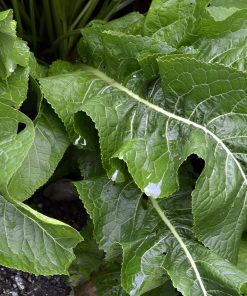 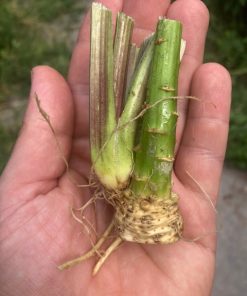 Horseradish is a perennial plant of the family Brassicaceae. It is a root vegetable, related to mustard, wasabi, cabbage, broccoli, and kale.  It is cultivated and used worldwide as a spice and as a condiment.  It’s also used medicinally and has compounds which may protect against cancer, fight bacterial and fungal infections, and improve breathing issues. 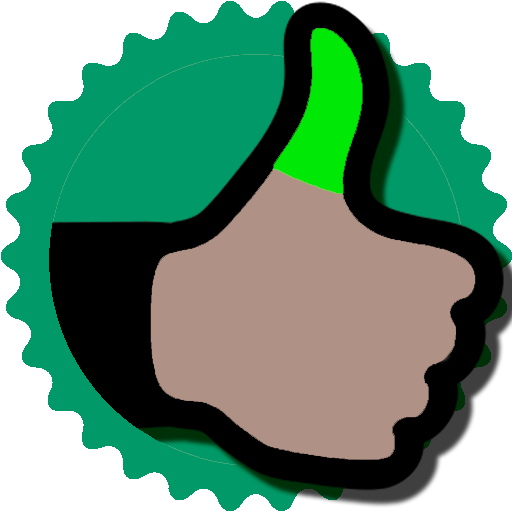 Make sure to read the pick-up rules (if any), listed in the tabs below.

Make sure to read the shipping policies (if any), listed in the tabs below.

Horseradish has a long, white root and green leaves. When the root is cut, an enzyme breaks down a compound called sinigrin into a mustard oil.  This oil gives horseradish its telltale odor and taste and may irritate your eyes, nose, and throat.

The root is typically grated and preserved in vinegar, salt, and sugar for use as a condiment. This is known as prepared horseradish.

The Egyptians knew about horseradish as far back as 1500 B.C. Early Greeks used it as a rub for lower back pain and an aphrodisiac. Jews still use it during Passover seders as one of the bitter herbs. Some used horseradish syrup as an expectorant cough medicine; others were convinced it cured everything from rheumatism to tuberculosis. Legend has it the Delphic oracle told Apollo, “The radish is worth its weight in lead, the beet its weight in silver, the horseradish its weight in gold.”

More recent appreciation of horseradish is believed to have originated in Central Europe, the area also linked to the most widely held theory of how horseradish was named. In German, it’s called “meerrettich” (sea radish) because it grows by the sea. Many believe the English mispronounced the German word “meer” and began calling it “mareradish.” Eventually it became known as horseradish. The word “horse” (as applied in “horseradish”) is believed to denote large size and coarseness. “Radish” comes from the Latin radix meaning root.

During the Renaissance, horseradish consumption spread from Central Europe northward to Scandinavia and westward to England. It wasn’t until 1640, however, that the British ate horseradish — and then it was consumed only by country folk and laborers. By the late 1600s, horseradish was the standard accompaniment for beef and oysters among all Englishmen. The English, in fact, grew the pungent root at inns and coach stations, to make cordials to revive exhausted travelers. Early settlers brought horseradish to North America and began cultivating it in the colonies. It was common in the northeast by 1806, and it grew wild near Boston by 1840.

Commercial cultivation in America began in the mid 1850s, when immigrants started horseradish farms in the Midwest. By the late 1890s, a thriving horseradish industry had developed in an area of fertile soil on the Illinois side of the Mississippi River.

Later, smaller centers of horseradish farming sprouted in Eau Claire, Wisconsin. After World War II, homesteaders in the Tulelake region of Northern California began cultivating the root in the west; other areas in the country followed suit.

Plant so that the brown root is below the soil surface.

Can be kept in a pot but must be a large pot if you want to actually harvest roots.

Keep in a plastic bag in the refrigerator until able to pot up or plant in the ground.

We will send you pickup instructions with your completed order.  Thank you!

We endeavor to ship as quickly as possible, however, weather always factors into when shipping can occur.  We will do our best to keep you notified as to your order's progress if there are any delays.

We do not allow for refunds or returns.  Depending on the situation and availability, we may be able to offer a replacement or store credit.

Cancellation: If you cancel your order, you will be charged the processing fee for your payment. Any cancellations of orders that have already been prepared at the time of cancellation, are subject to a 20% digging/packaging fee.

Damage: Occasionally there could be damage during shipping. Please be sure to take a photo of any issue that you encounter. Without photos, USPS and UPS will not honor a claim and neither can we.

These policies apply to orders placed through the this website. Please contact us if you have an issue with your order.

We won't sell any of your information, but we do store some cookies on your browser to make everything here possible. By using this site you agree to our use of cookies, as well as our terms of service.
More info Accept